It's been over a year since Timbler the Traveling Man has been home to Phoenix.

A lot has happened in a year. Timbler is very excited to be back. 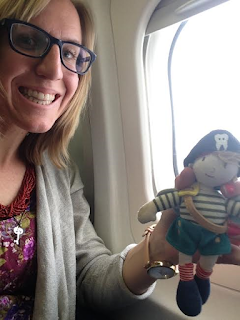 Timber left his home in Raleigh after saying goodbye to his other owner, Amy, and his many friends. He was ready to come back. 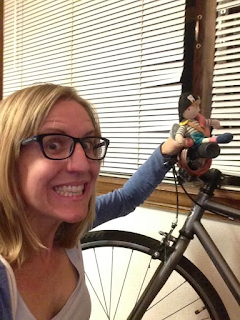 Timbler has never been on a bike before. He wants to take a ride soon. The bike is new since the last time he was in Phoenix.
For those who need a refresher on him, Timbler *hypothetically spends half his time in North Carolina and half his time in Arizona. When he is in either place, he goes on many adventures. He is a lucky fellow.
Timbler is energized but also tired from the past year in NC. The long plane ride was also pretty boring for him because most of the trip he was cooped up in a backpack. Timbler has missed his living space here, so he wants to spend a little quiet time just laying around and soaking it all in before he does anything too spectacular. He is pretty content just letting his human friends have adventures for now. When he does go on an adventure, he will be sure to let you know.
Posted by Julie on an adventure at 7:30 PM

Email ThisBlogThis!Share to TwitterShare to FacebookShare to Pinterest
Labels: Timbler